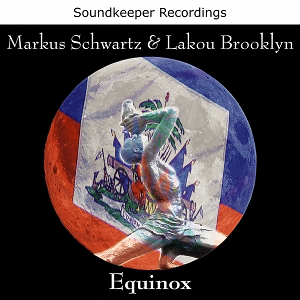 The second release from Soundkeeper Recordings features Markus Schwartz & Lakou Brooklyn. Recorded in a beautiful auditorium built in 1908, the music was captured in stereo, at 24/192 (high resolution) and the dynamics of the performance were left fully intact. The goal was to capture the sound of the band as they would be heard by a listener present at the performance.

Like the "old days", the players came in, played the songs (making musical magic in the process) and at the end of four hours, we'd recorded an album.

Markus' spellbinding drums and the music of his band are so captivating, Equinox was recognized by Stereophile magazine as its February 2011 Recording of the Month.

About the cover image
Inside the Equinox moon wrapped in the Haitian flag is the "Neg Maron" or Le Marron Inconnu. The image comes from a landmark statue in Port-au-Prince, Haiti, created by architect and sculptor Albert Mangones in 1959. The statue depicts an unknown African who has escaped from slavery. He blows a conch shell, signaling his fellow revolutionaries in hiding to assemble.  He holds a machete in his other hand and from his wrist hangs broken shackles. A symbol of the Haitian revolution.

"...as alive and natural sounding as any recordings in my collection. The capture of the percussion is tactile, but with that ever so important natural reverberation and air that comes only to a recording where the instrument has been allowed to breathe in a natural acoustic space (and not with the microphone jammed within an inch of the drum)."
- From Rushton Paul's Soundkeeper Recordings - Bringing The Live Performance at posi+ive feedback

"The first recordings I had to hear through the Boulder 2110 were minimally miked spatial spectaculars. Equinox, by drummer Markus Schwartz and Lakou Brooklyn, is a remarkable, 24-bit/96kHz digital recording (WAV files, Soundkeeper SR1002). The ensemble consists of trumpet, hollow-bodied electric guitar, bass, and percussion performing lilting, simmering, hypnotic Haitian jazz.  Equinox reproduces this ensemble with greater intimacy than do some other minimally miked recordings I can think of, yet the air is palpable. I play this file a lot."
- From Michael Fremer's review of the Boulder Amplifers 2110 preamplifier in the March 2015 issue of Stereophile.

"Soundkeeper has produced a number of eclectic and lyrical releases.  One such highlight is their 2010 recording of Marcus Schwartz and Lakou Brooklyn on Equinox [Soundkeeper SR 1002], where Haitian music meets the shores of New York City with panache and joy... The assembled band is a marvelous concoction blending Haitian instruments, piercing trumpet, resolute bass and nimble electric guitar into a brilliant stew of colorful blocks of shifting musical material. Here, sharp-splintered, cross accents of brass and percussion blend naturally with expressive harmonies to create a surging, propulsive musical adventure... All of this sparkling drama is captured by Diament’s brilliant recording so that every blow of conch shell; every trumpet attack and every Haitian Rada drum is heard limpid, natural and dynamic. Like the natural light that baths those ancient Buddhist sculptures at Harvard, Diament’s production lends a glory of natural lightness and air to expose every detail of this live musical performance with crackle and great vitality."
- From Nelson Brill's Soundkeeper Recordings: Wonderment in the Music at Boston Concert Reviews

"This is very exciting and realistic."
- Part of a story about Soundkeeper Recordings at Positive Feedback

In the February 2011 issue of Stereophile, Equinox was selected as Recording of the Month.
In his review, Robert Baird said:
"Intent on finding that magic equilibrium between sound and content, Diament, a former Atlantic Records engineer, has hit a new high point for Soundkeeper with his immediate-sounding and musically compelling disc of explorations by drummer Markus Schwartz and his Lakou Brooklyn project... While the technical info is impressive, and the peerless sound is gloriously unaffected and real, the compelling and exotic blend of music on Equinox is equal to the technology–a balance of art and craft that all recordings, audiophile or not, should aspire to."

In the January 2011 issue of Stereophile, editor John Atkinson and reviewer Michael Fremer both used Equinox to evaluate equipment they were reviewing. In his review of the dCS Debussy DAC (digital to analog converter), Michael said:
"The hi-rez files of this tuneful, percussive music produced an enormous, airy space in which the instruments were clearly located and layered... In short, whatever preconceptions digiphobes might have about digital sound would be quickly erased by listening to these superb-sounding high-res files."

Albanyjazz.com polled its contributors on their Top 5 Jazz Albums of 2010.
One of Rudy Lu’s choices was Equinox.

"The musical traditions of Africa also permeate the rich, sinuous music of Haiti and to explore this terrain we have a wonderful musical guide in percussionist extraordinaire Markus Schwartz and the trio Lakou Brooklyn, on their recent release entitled Equinox [Soundkeeper Recordings]. It is always fun to keep an ear out for Soundkeeper Recordings’ Barry Diament, whose recording techniques always create a sound that is vibrant and fresh; natural in image dimensionality and rich in ambient details."
- Read the review at Stereo Times

"For me, not only does this method of recording result in a very accurate portrayal of the music and instruments, but it gives the music a sort of intimacy that I hardly ever notice with more processed recordings... Great recording, excellent performance, and fascinating music. Highly recommended…  Another excellent recording from the hands and the mics of Mr. Barry Diament!"
- Read the review at TNT-Audio

"The four musicians are very clearly placed on the audio soundstage, with plenty of "air" around them. This disc should be a fine demo of your audio system’s abilities, from the deep bass frequencies of some of the drums to the extended high end of the trumpet and some other percussion."
- Read the review at Audiophile Audition

A recent comment from Dr. Nick Catalano in his Jazz International column at All About Jazz says of Markus and Equinox:
"His knowledge of Haitian culture and expertise in its music make this session invaluable for international music enthusiasts."

"The bourgeoning Haitian-Vodou Jazz movement is well served by releases like Equinox that have a distinct identity and a cosmopolitan edge. The album is deeply rooted in Haiti’s native music and brings the genre’s standards to a new generation of listeners... No overdubbing and no multi-tracking were used for this album and a listener is made to feel a part of the entire experience.  Well done Markus!"
- Read the review from the Boston Haitian Reporter here

"It is one of the two best artistic works of the year in the Haitian community in New York... He [Markus] is conscious of the fundamental role of the drum in a musical piece and especially in the ancestral musical legacy that he is transmitting. And he does not hesitate to break with the traditional linear rhythm in order to enrich its fabric... Markus Schwartz & Lakou Brooklyn's CD is an absolute must have."
- Read the review from Haiti Liberte here 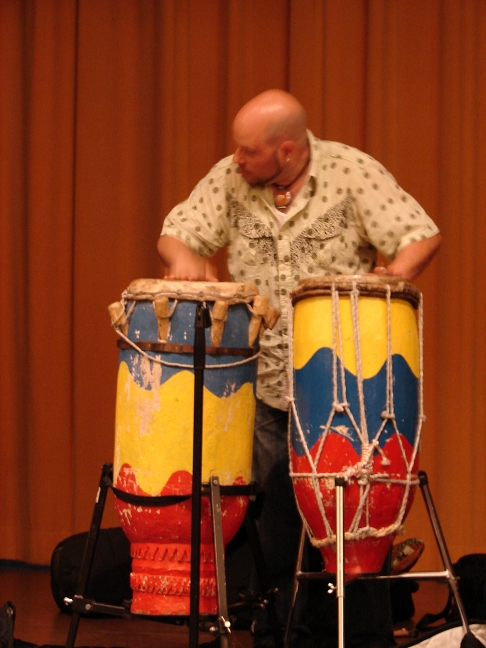 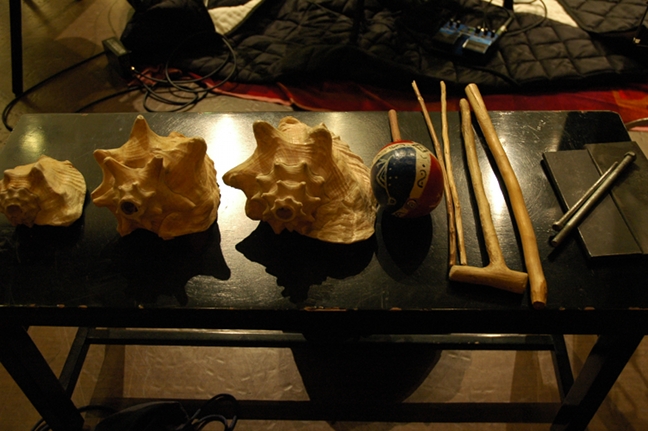 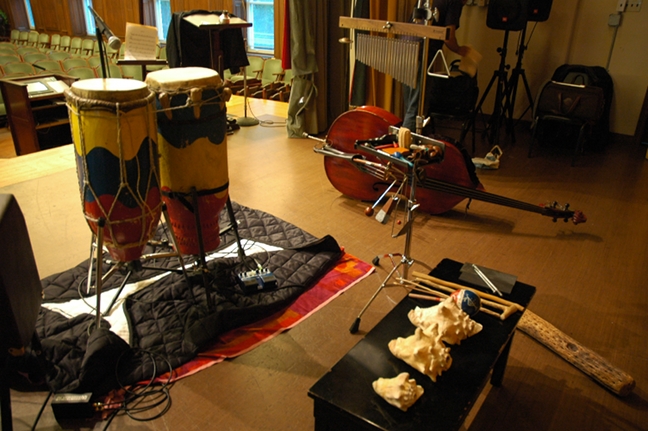 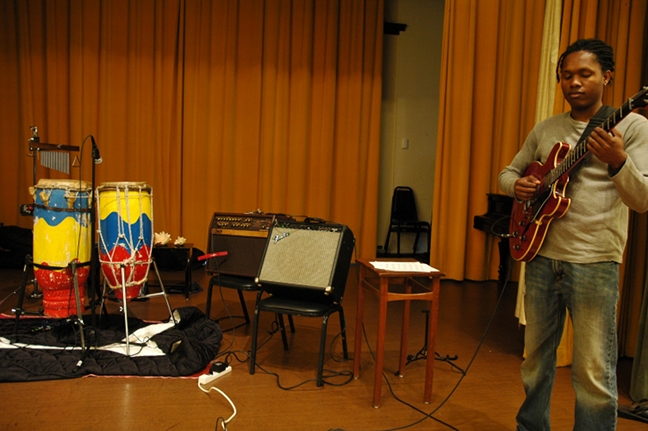 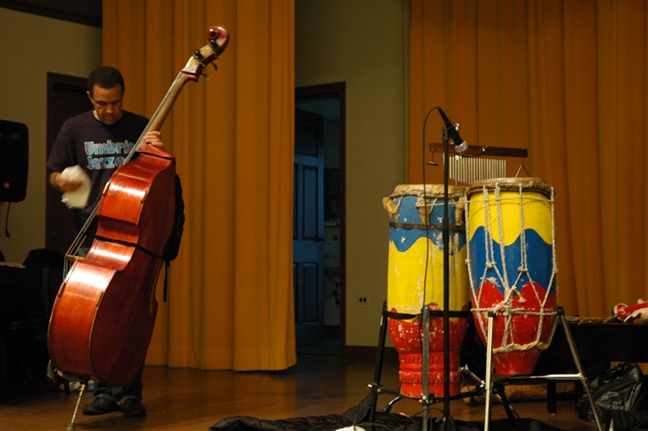 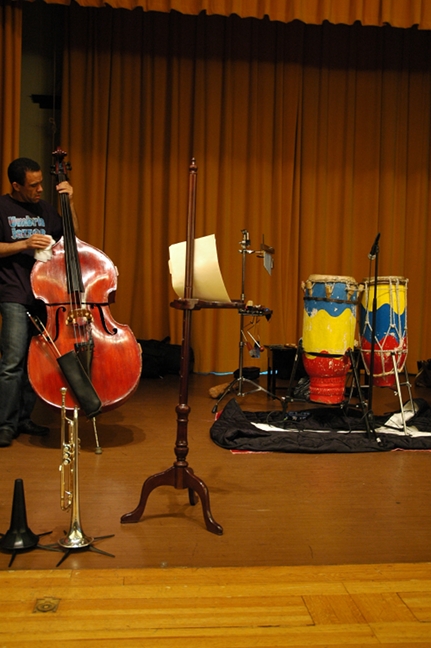 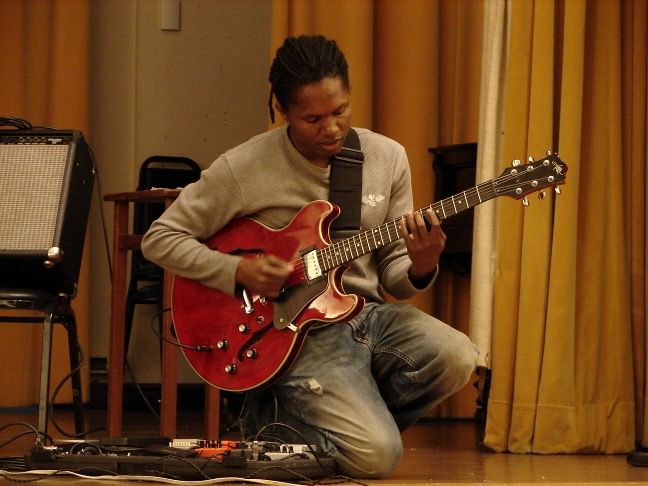 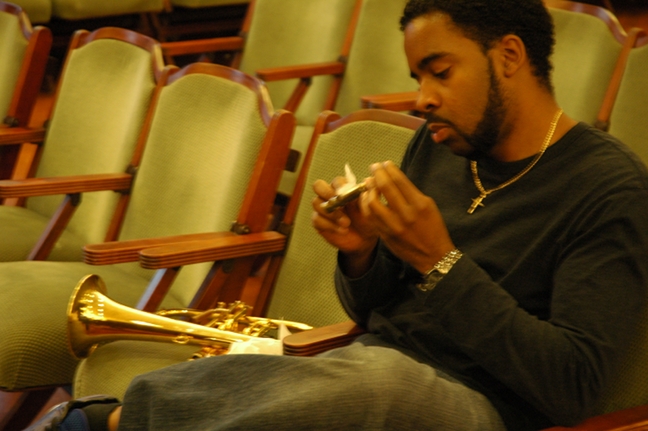 Jean, the man and his horn 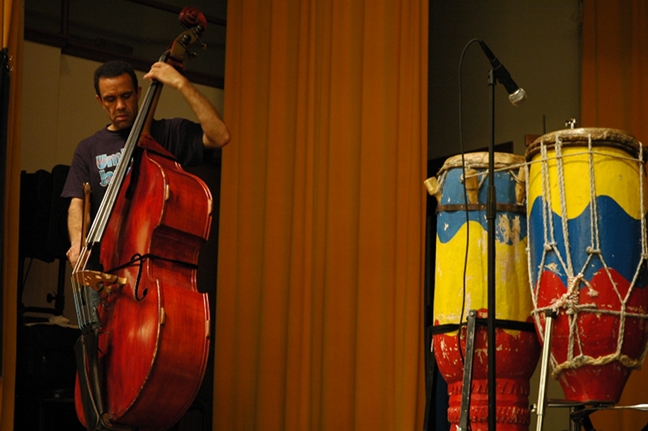 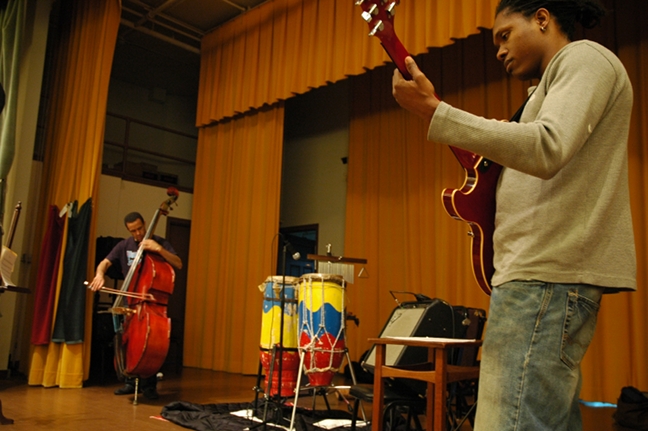 Paul and Monvelyno warm up 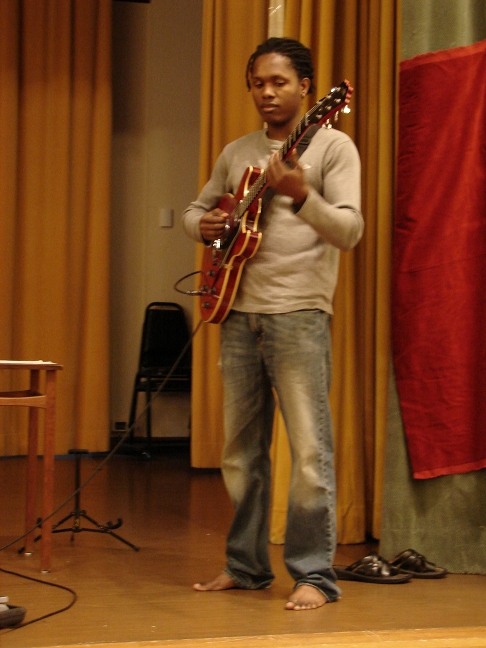 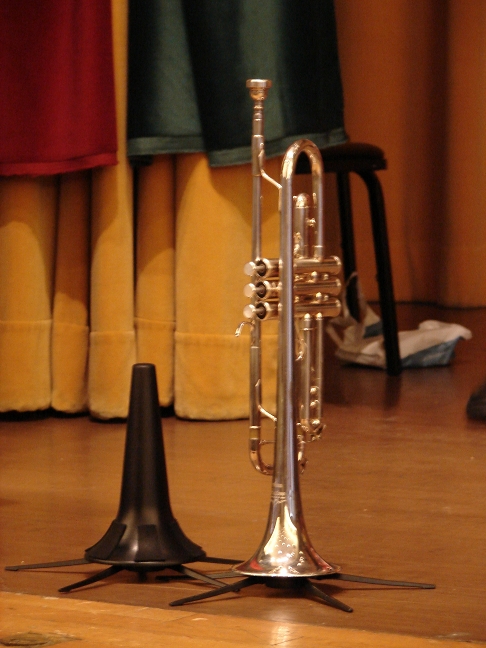 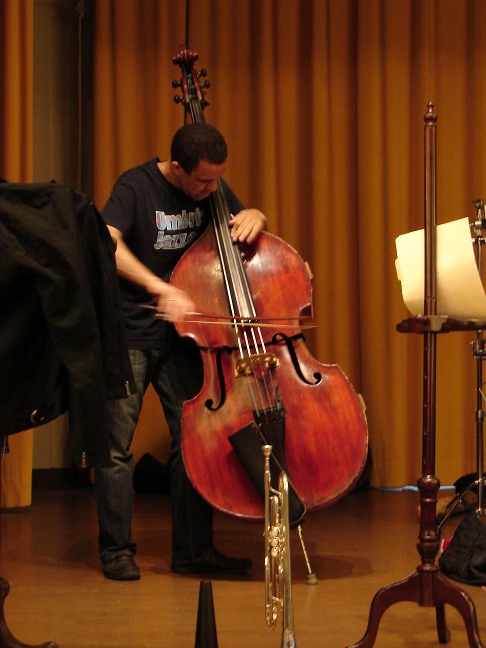 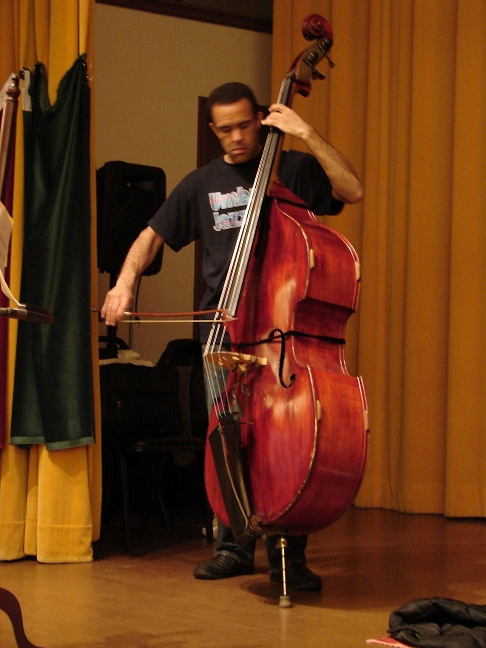 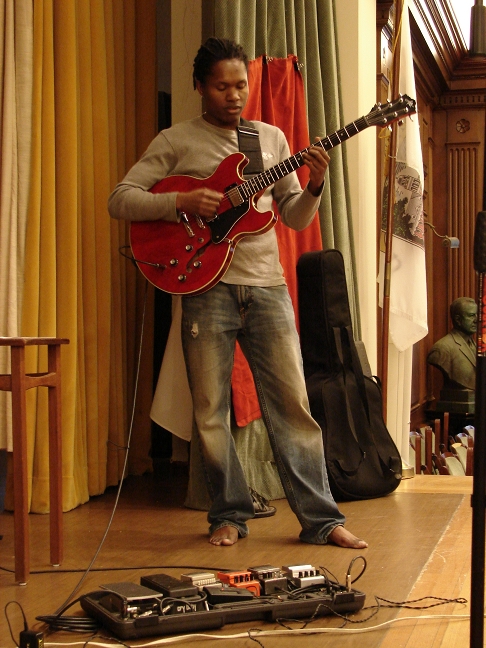 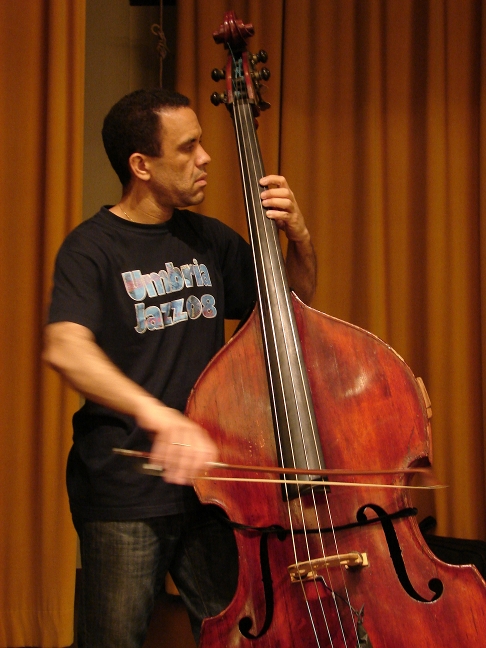 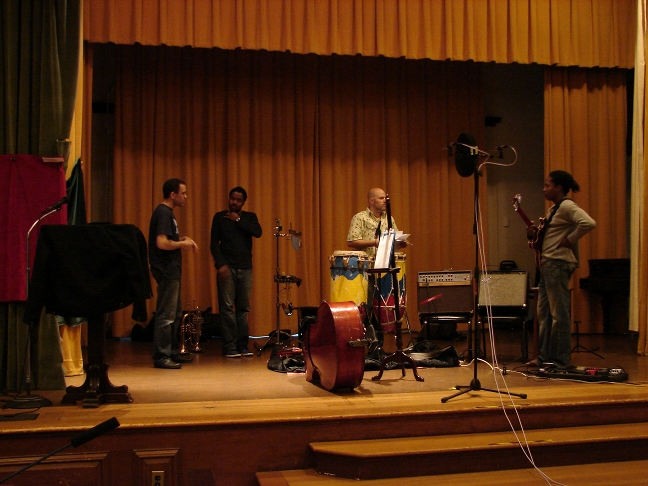 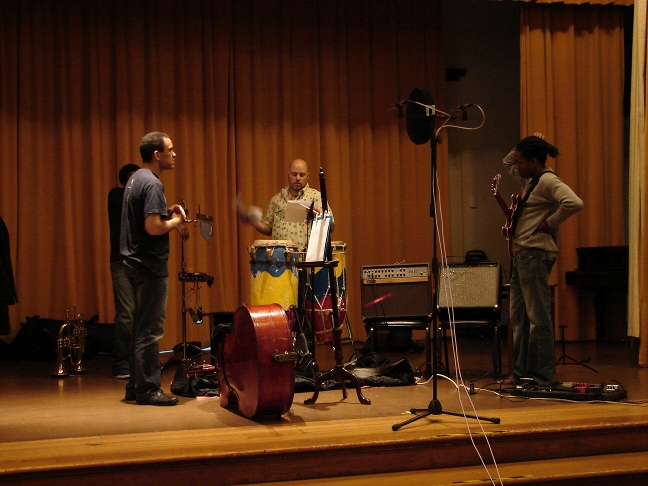 Markus goes over some last minute notes with the band 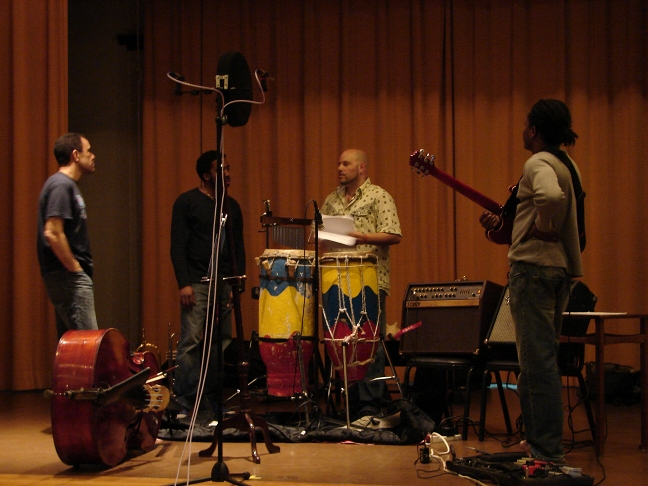 Markus gives the solo sequence for "Kote Moun Yo" 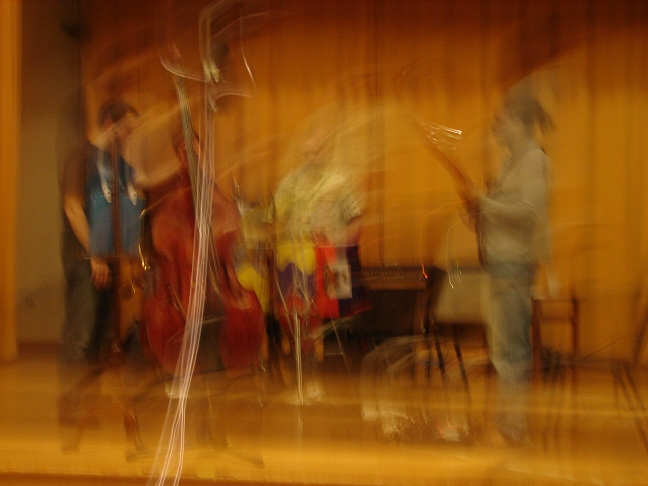 Spirits on the stage 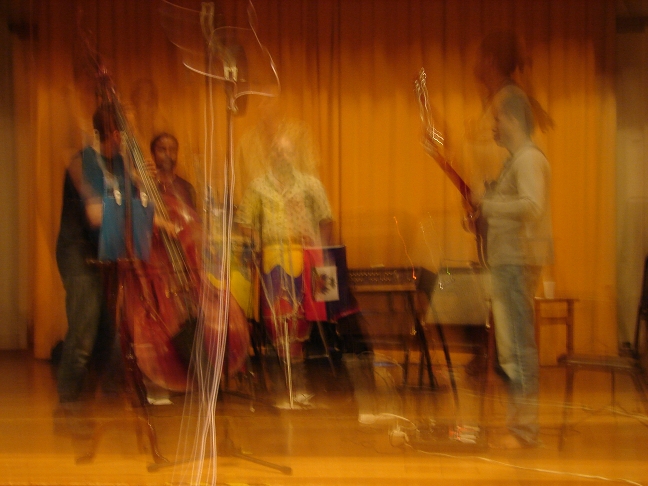 Spirits on the stage 2 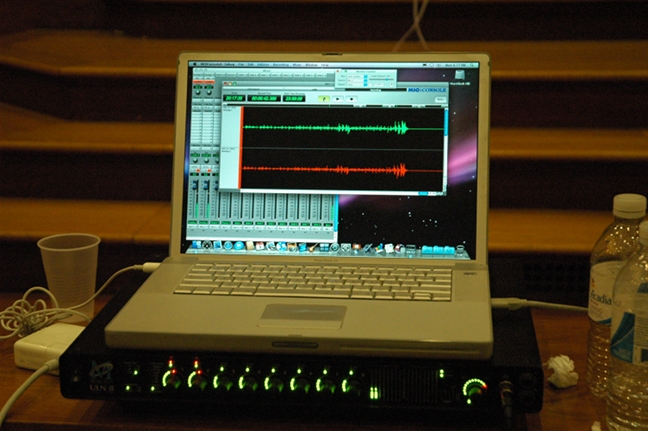 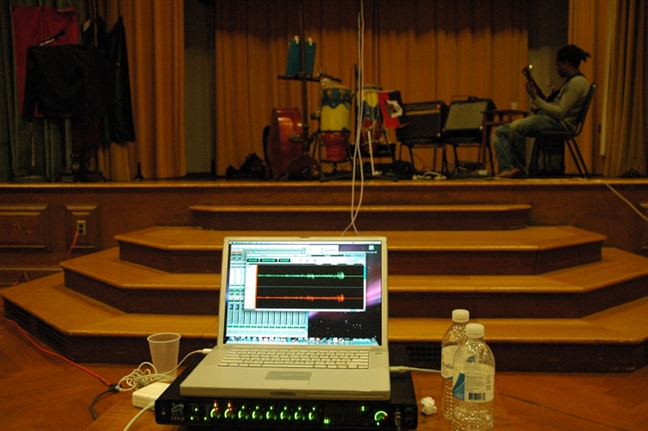 View of the stage from Ground Control 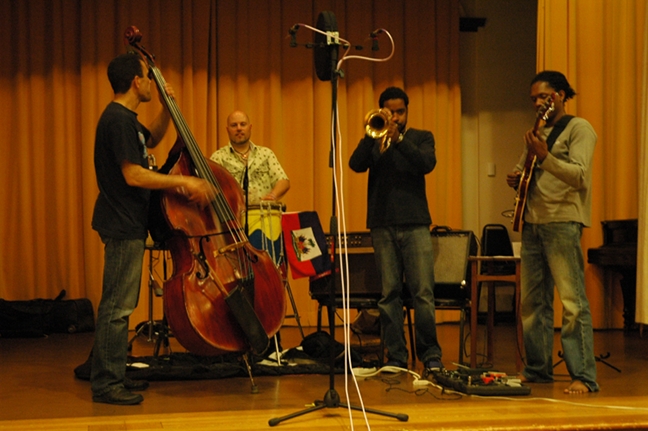 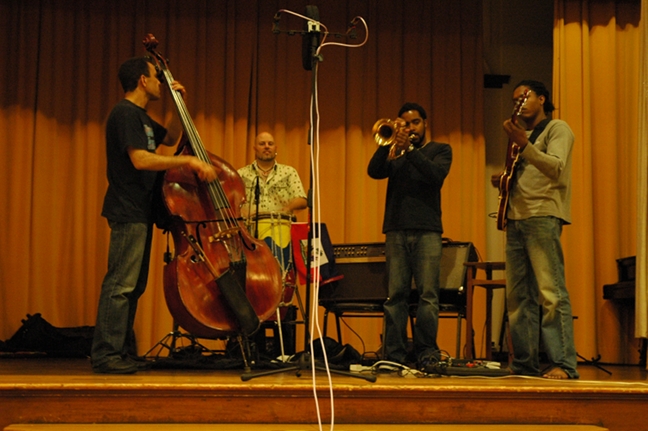