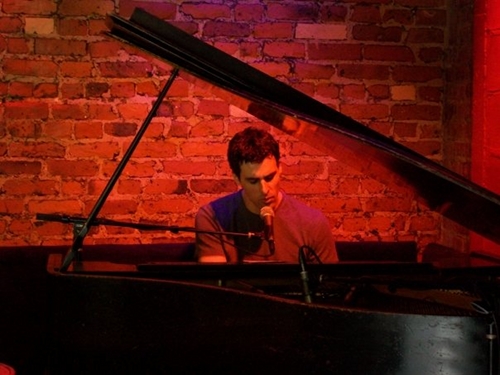 SR:  What is your musical background?

JV:  Well, it’s complicated!  I started taking classical piano lessons at seven years old and played up until high school.  I didn’t think to pursue music as I entered college but what began as a Biology major morphed into a Music Composition degree.  Afterwards, I moved to New York City to earn a Music Tech masters at NYU.

My background allowed me to tailor the program toward film scoring and once school was over, I stayed in New York and wrote for various student films while interning at Goldcrest Post.  It must have been while I was painting their walls or serving afternoon tea when I met the musician Gary Pozner.  He needed an apprentice for his film music company and I was interested.  Once he hired me, I began editing his cue sheets and music, while also providing general admin support.  More importantly, he helped me develop my writing chops and taught me how to efficiently compose, orchestrate and record under tight deadlines.

We parted ways after a couple of years and in turn, I spent some time writing music for a documentary, a video game and an off-off Broadway ballet.  After one too many days behind a computer, I decided I needed to perform again in order to connect to an audience directly.  I put together a few songs and presented them at the local open mics. A few songs became many and I began recording them using my home studio setup.

Fourteen tracks and two years later, the fruits of my labor became No Photographs.  The rest of the story you already know.  It is evident that I haven’t had much rest since moving to New York but the ride has been worthwhile.  Looking toward the future, I hope to branch out as a professional musician, as I’ve been studying alto sax and jazz for the past five years.  It’s been great to discover the jazz idiom permeating into my song writing as well.

SR:  Who are your biggest influences?

JV:  I’m inspired by so many, I can't name them all but can attempt to provide an overview.  Lately, I’ve been particularly intrigued by the period of rock preceding New Wave in the late ‘70s, early ‘80s.  Guitarists like Robert Fripp and his King Crimson went well beyond the usual threshold for the genre.  The producer/composer Brian Eno, in his collaborations, helped bring the notion of "art" into rock.  David Bowie, The Stooges and Peter Gabriel, to name just a few, brought adventure to their albums, which intent listening would reveal.  A couple of decades later, bands like Radiohead and Soundgarden continued to expand the ideas of rock orchestration and song form.

Classical music is also a great love of mine.  I find myself drawn to the precision of Beethoven and Brahms, appreciating the way they exploited the boundaries of classical structure.  Arnold Schoenberg broke the confines of tonal harmony with his "Five Pieces for Orchestra", yet the writing and orchestration still moved listeners.  The composer Olivier Messiaen was one of the first to use an electronic keyboard, the ondes Martenot, in the haunting "Turangalîla-Symphonie".

I can’t forget to mention film music composers like Bernard Herrmann and Jerry Goldsmith, who developed the modern scoring technique in their respective film scores for "Psycho" and "Planet of the Apes".

I am also an avid jazz listener.  Duke Ellington’s big band, Dizzy Gillespie’s Latin jazz and the incredible John Coltrane Quartet I will always keep close to my heart.  Miles Davis’ second great quintet continues to awe me, as the genius of Herbie Hancock led us into fusion.  These artist/bands make up just 1% of my collection.  All in all I tend to gravitate toward music that redefines form, rhythm and orchestration; the music that transcends time.  Think about this: Beethoven’s rhythmic hemiola in his "Eroica" symphony became the asymmetrical polychords in Stravinsky’s "The Rite of Spring" which became Charlie Parker’s staccato stabs in "Billie’s Bounce", in turn morphing into the polyrhythmic phrasing in Leonard Bernstein’s "America".  An example of how great art can influence and inspire more art! 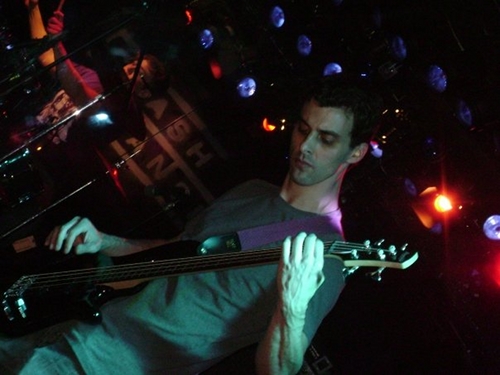 SR:  What was your vision for the music on Confluence? Do you feel your vision was realized?

JV:  My vision was to create an accurate depiction of our live performance, while also using the process to serve the material at hand.  Much of the material I brought to the project deals with my relationship to the world.  To bring these stories to life, I wrote arrangements with very specific instrumentation.  I found that once the band began rehearsing these arrangements, the musical interaction gave new life to the songs.  Each player’s sensibility meshed and our sum became greater than any individual part.  In five 4-hour sessions, all our tributaries converged into one river and an album was born.

During the mastering phase, Barry and I decided to set the tracking as a 4-sided "double album", a format usually reserved for LPs.  Each side encompasses a world of its own as its musical depths come into light.  I encourage you to start your aural experience from any side.  You will probably be surprised that the order still holds together, as if one approached a mountain climb from another direction.  One thing is for sure: our playing is very consistent for a live recording.  My voice is strong and the band connected well to my material.  For these many reasons, the music met its vision well.

SR:  Why did you decide to record in such a way?

JV:  Well, Barry and I had actually started working together on my first album, No Photographs.  I was researching mastering engineers and found some of his notable work in my record collection.  Once I contacted him and he agreed to master the project, he mentioned his recording methods to me , asking if I’d be interested in making a follow up record with him.  I jumped at the opportunity but also thought I may be in over my head.  No Photographs was created at my home studio with endless takes and overdubs; I was no session player.  However, I beheld his formidable challenge to develop my musicianship and grow as an artist.  In this age of studio trickery, I also felt it would be bold to create something tangible, something that connects one to a real performance, not a producer’s idea of one.  I now listen to the finished tracks and know we achieved our goal. 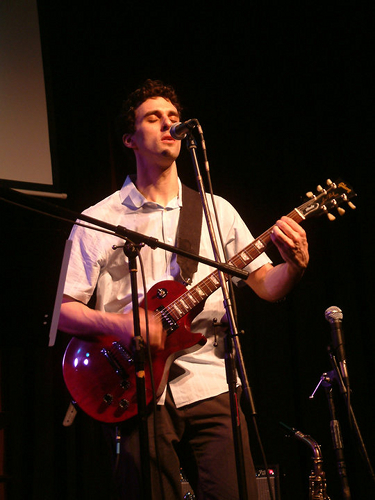 SR:  For recording successfully live and "without a net", what did you need to do to prepare?

JV:  I had to overhaul my vocal technique, be more consistent in my playing and sing without looking at the guitar strings or piano keys, since the mics would pick up on head position.  The band also had to be extremely precise, yet also play with passion.  If you can imagine, formulating this band from scratch was quite a challenge.  Barry and I spent over a year searching for players who could embrace, what was to them, a new way of recording and had the chops to back it up.  In rehearsals, we would regularly practice without a PA and adjusted our dynamic levels via the air.  All of us needed to use our ears and listen before playing a note.  I think the resulting group provided a tremendous musical sensitivity, allowing the songs to "fly".  As for me, I needed to be as strong a musician as I had to be composer, arranger and musical director.

SR:  What were the highlights of the recording sessions?

JV:  Our toast of cognac before commencing each one!  All kidding aside, I was enthralled by certain moments and was filled with an immense energy.  Under such pressure, each song’s character emboldened my playing.  I became very aggressive during the agitated "Working" and the bitterness of "Sweet" borne upon the day’s frustrations.  My adrenaline ran wild during the bridge of "Call Waiting" while the meditative start to "River Nile" lifted my spirit.  By the time we closed the third session with "Tribe Song", my mood was wistful and reflective of the journey.  I think these moments were captured well by the mics.  It was also important for us to feel the flow of the day and in spite of time constraints, pace ourselves.  No doubt, the feel and quality of our performances were at stake. 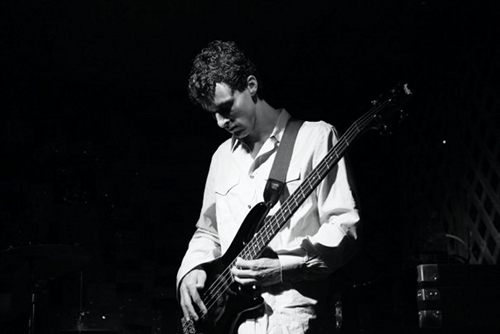 SR:  What are the challenges and drawbacks with this type of recording method?

JV:  After dealing with travel, equipment set up, technical issues and creating a successful live "mix" in various band formations, the songs still needed to shine.  For each one, we needed an essential performance for a song to make the cut.  I knew halfway through a take when it wasn’t gelling, so there were times I would stop to redirect.  Unfortunately, I was also anxious to record on schedule and that anxiety didn’t always work to our benefit.  Each session allowed us only four hours of recording time, in which I had to sing almost continuously without fatiguing my vocal cords.  Before each one, I would pray that my voice was 100%, since rescheduling it would have been a large expense both to our budget and spirit.  So many variables could have crippled the recordings, from scheduling conflicts to sickness, that I think I owe a bit to divine intervention for its success!

SR:  Thank you Jason, for making this record with Soundkeeper Recordings and for being so bold as to try our "recording without a net" approach to making records.

JV:  Thank you for the opportunity.  I’m always up for a challenge and felt I grew as an artist by taking on this one in particular.