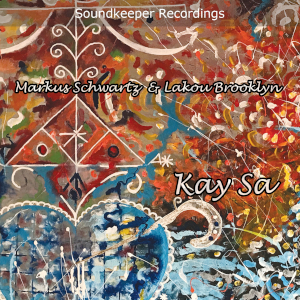 Markus Schwartz & Lakou Brooklyn return in a new iteration for a new Soundkeeper Recording. Recorded in a church dating from 1864, the mesmerizing sounds of music from Haiti blend with the sophisticated jazz sensibilities of the players and soulful vocals to create sounds both heart-wrenching and life-affirming. Kay Sa was recorded "live" (for the microphones) in a single session.

"...as alive and natural sounding as any recordings in my collection. The capture of the percussion is tactile, but with that ever so important natural reverberation and air that comes only to a recording where the instrument has been allowed to breathe in a natural acoustic space (and not with the microphone jammed within an inch of the drum)."
- From Rushton Paul's Soundkeeper Recordings - Bringing The Live Performance at posi+ive feedback

"The recording of the album is a very complete exposition of the Soundkeeper philosophy.  It is so well recorded that the tangible feeling of being in the room with the musicians carries across different systems. I listened to the album in two different rooms, on both speakers and headphones and the live quality shone through on each of them."
- Read Andy Norman's review at TNT-Audio

"Kay Sa is filled with music of verve, spirit and flow. At its core is the creative Schwartz, playing in a percussive landscape that is as varied and spirited as the music. He fills the airy soundstage with resonant cascades of drums; the crackle of wood sticks; the bleat from a bamboo horn; the shimmer of his (endless delaying) ride cymbal and his twinkling chimes. Schwartz is joined by the inventive saxophonist, the young Godwin Louis, who fills Kay Sa with his sax verve and passion at every opportunity. For instance, on Thelonious Monk’s “Bye-Ya (Bolero)”, (with two variations presented here), Louis lifts to the sky with blossoming surges on his sax, always ready for the next creative tumble or breathy run. On the softy swinging “Wongol,” (with lead vocalist and guitarist Monvelyno Alexis singing with dignified light banter), Louis’ alto is potent and poignant, filling the air with hot swing, bracing fluid runs and brawny honks. Rounding out this stellar band is bassist Bobby Raymond, whose contrabass is pungent and resonant. His solos on both versions of “Bye-Ya” are warm pools of isolated notes, rubbery plucks and elastic holds. Guitarist and lead vocalist Alexis is another virtuoso: his electric guitar delicately sprite as he fires off fast rhythm guitar chords (such as on the flying title cut, racing on Schwartz’s wood rims) or brims with soft, fleshy colors. Diament’s production lets all this soulful music breathe: the music projects without any artificial hindrances to dynamics and flowing textures, making for a genre-busting feast of delights."
- From Nelson Brill's Music of Global Reach and Openness at Boston Concert Reviews 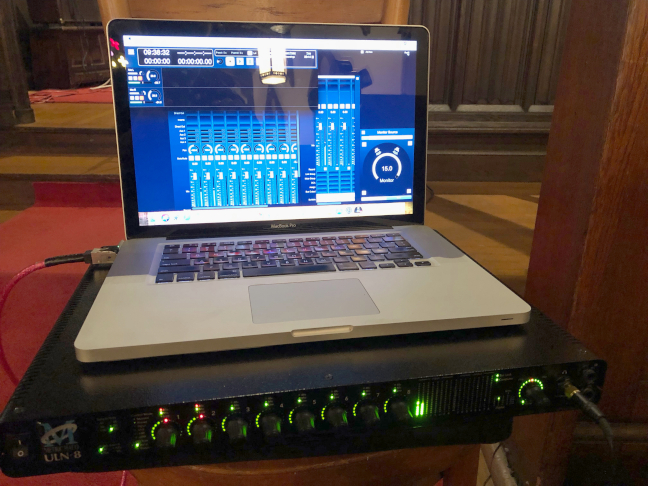 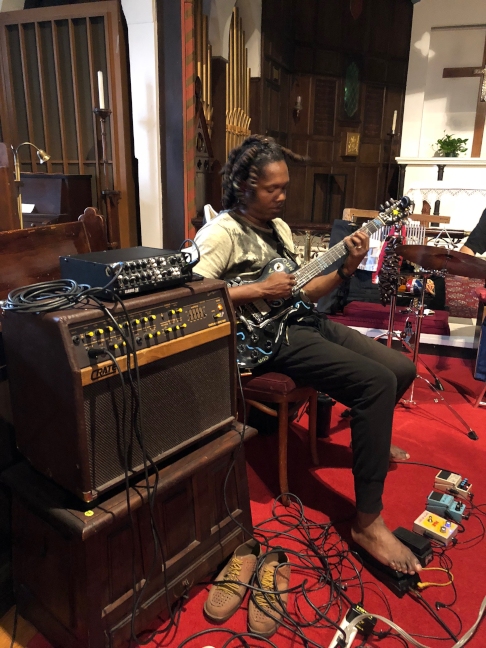 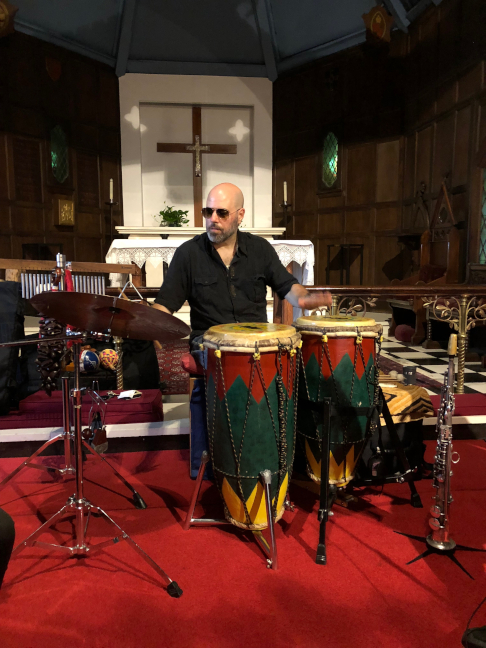 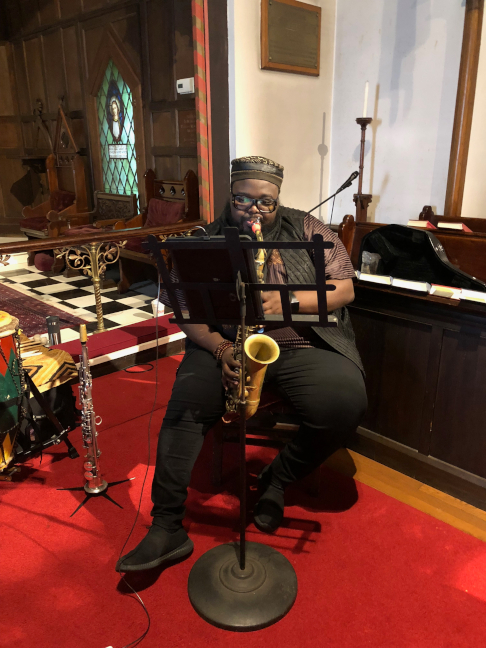 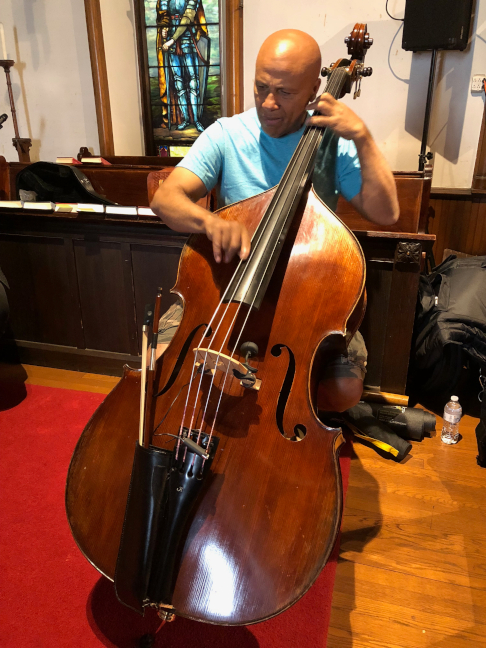 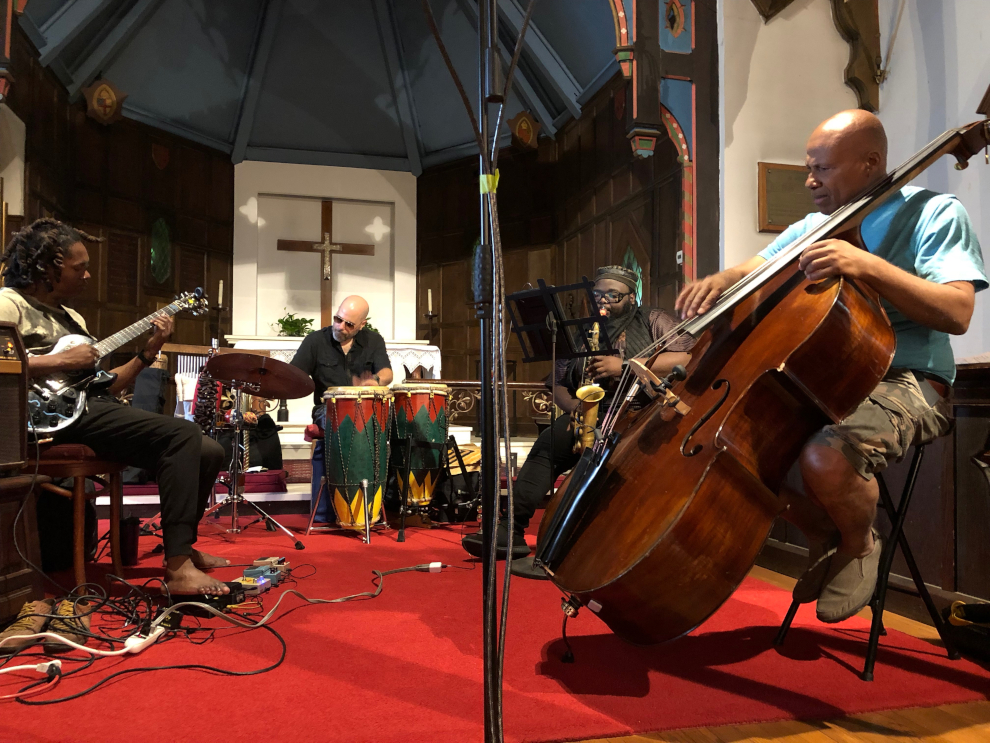 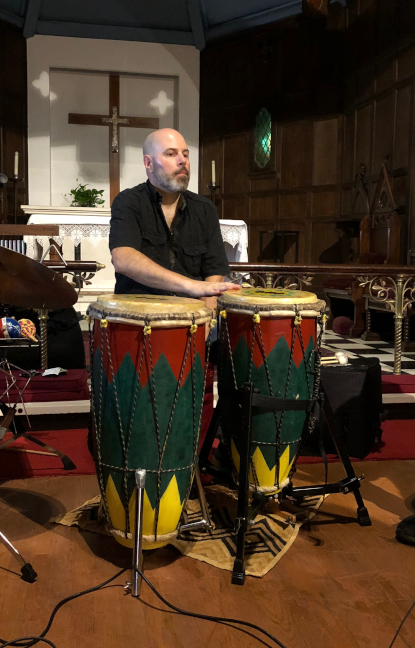 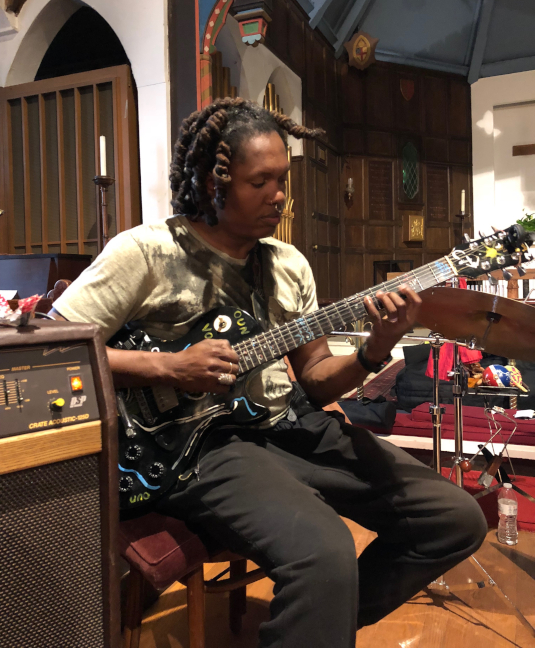 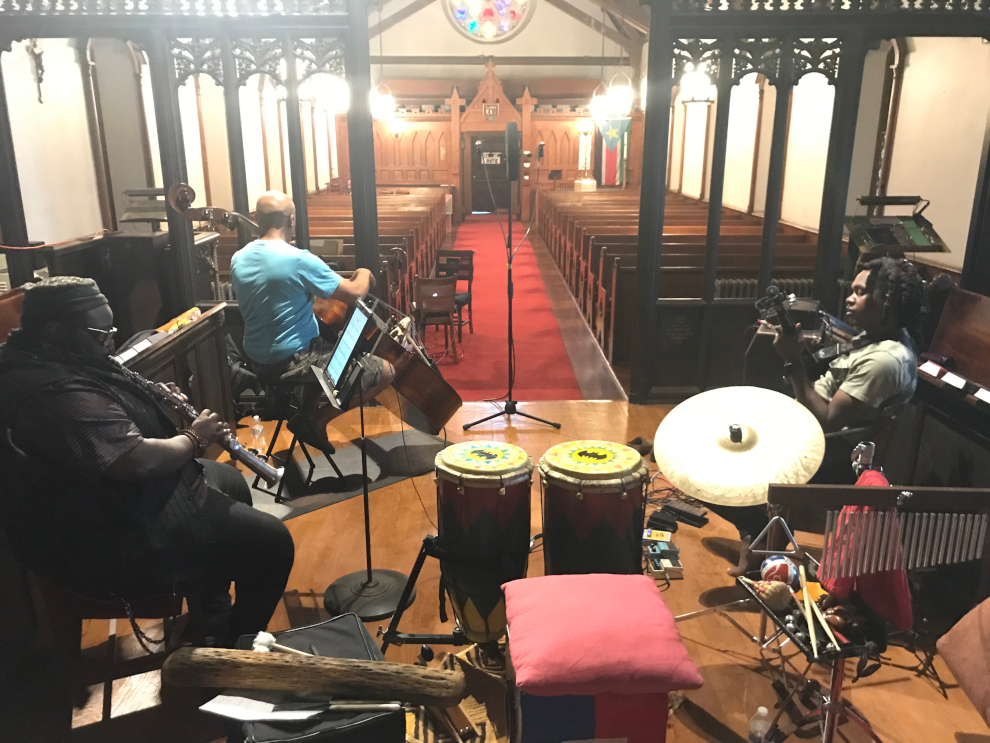 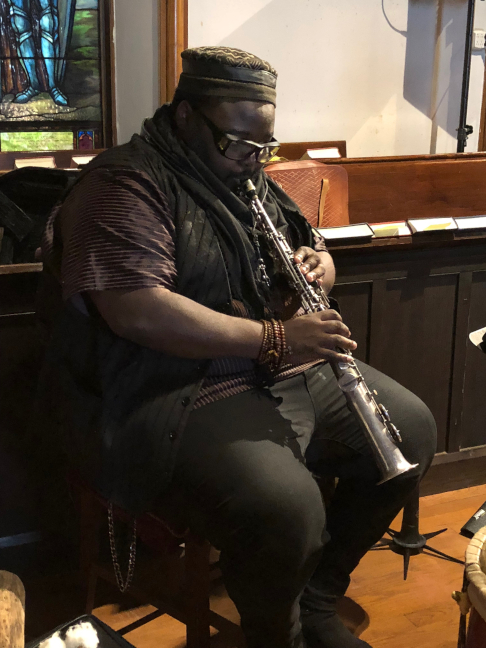 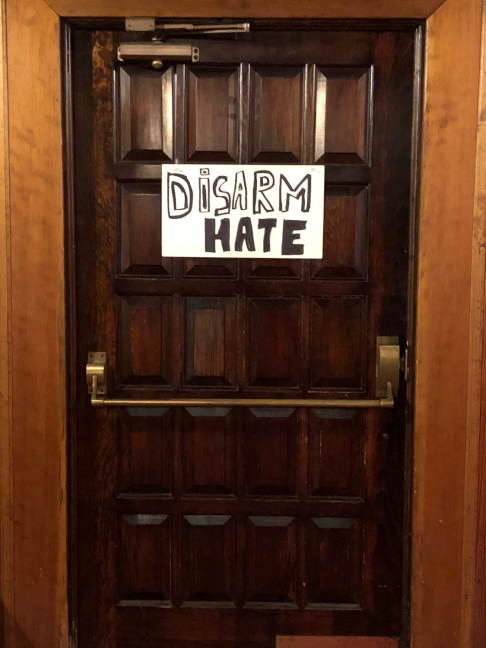 Wonderful vibes in the church 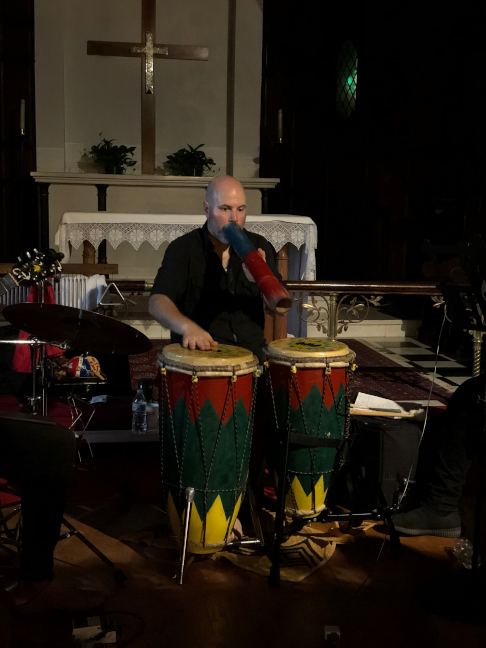 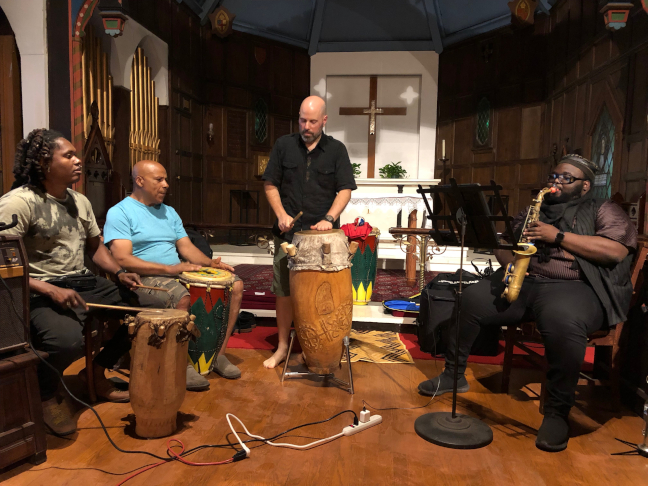 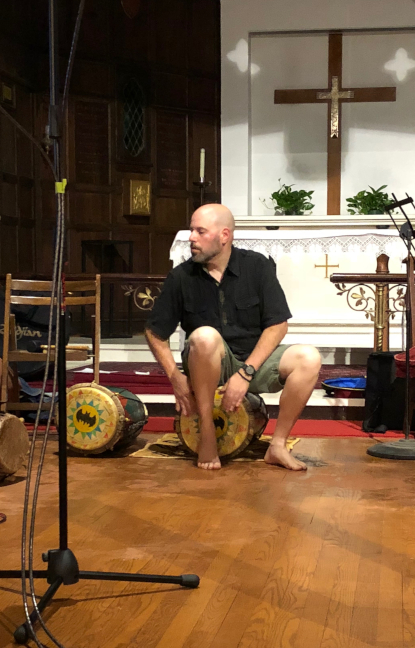