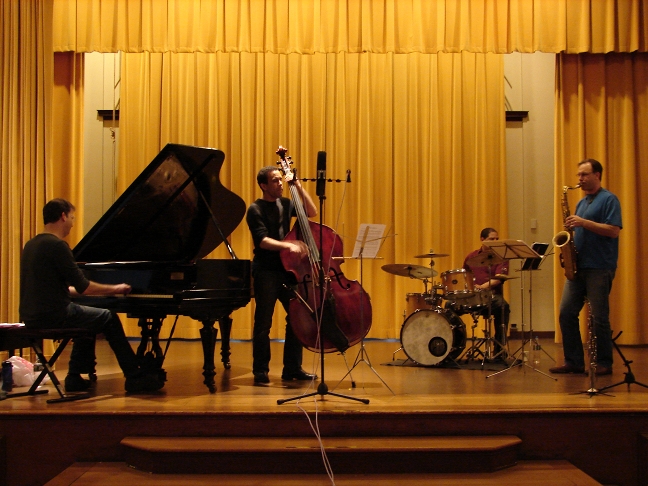 Paul Beaudry (bass) is a bassist, composer, producer and educator from San Francisco now residing in New York.  Beaudry has toured worldwide as a sideman with Steve Turre, Wycliffe Gordon, Allan Harris, Winard Harper and Eric Lewis and also performed in concerts or on recordings with such jazz greats as Clark Terry, Grady Tate, Jimmy Cobb, Charlie Persip, Frank Wess, Cecil Bridgewater, Billy Harper, Eddie Henderson, Roy Hargrove, Johnny O’Neal, Bruce Barth and Dave Valentine.  He has toured in over 25 countries and is the leader of the quartet Paul Beaudry & Pathways which in 2010 released its self-titled debut.  The group was chosen for a 2010 Latin America tour and a 2011 Central Asia tour for The Rhythm Road: American Music Abroad program co-sponsored by Jazz At Lincoln Center and the U.S. Department of State’s Bureau of Educational and Cultural Affairs.  On tour, they travel as U.S. cultural jazz ambassadors, giving concerts and workshops to diverse audiences of all ages.  Beaudry is also currently on faculty at the Teachers College at Columbia University.

Tim Armacost (tenor saxophone and soprano saxophone) is originally from Los Angeles, California and currently resides in New York City.  In his music, he uses contemporary New York jazz vocabulary in combination with the historic language of swing and bebop.  Armacost started playing clarinet while living in Tokyo in the 1970s and switched to tenor saxophone at age 15.  Since his move to New York in 1993, Armacost has recorded eight albums as a leader, two of which feature Bruce Barth, Ray Drummond and Billy Hart.  He has toured throughout the world and played on over 40 releases as a sideman and has taught jazz improvisation in the United States, Japan and Europe.  Armacost’s international knowledge and experience form the foundation of his passionate musicianship.

Bennett Paster (piano) is originally from Albuquerque, New Mexico and now resides in Brooklyn, New York.  He is a versatile keyboardist, composer and producer.  His contemporary musical style draws from broad influences including jazz, Latin, rock and R&B and his playing is rhythmically playful, conversational and intuitively melodic.  Paster has performed original music at clubs, concerts and festivals throughout the United States, the Caribbean and Europe and has been a featured performer with Ndugu Chancler, Tootie Heath, Kurt Elling and Rufus Reid among others.  Paster participated in The Rhythm Road program in 2006 with his Latin jazz band Grupo Yanqui in a tour to Europe and Russia.

Tony Jefferson (drums) is a New York native whose inventive drumming has been heard in clubs and festivals around the world.  He has worked with numerous jazz luminaries including Eddie Harris, Benny Golson and Cedar Walton.  His experience as a drummer and passion for woodwind instruments inform his approach to singing.  In the last four years, Jefferson has led his own bands as a vocalist.  Regularly stepping out from behind the drums to sing, he has performed as guest vocalist at the Iridium and the Blue Note jazz clubs in New York City.  Jefferson was a finalist in the Thelonious Monk International Drum Competition and he attended the Berklee College of Music. 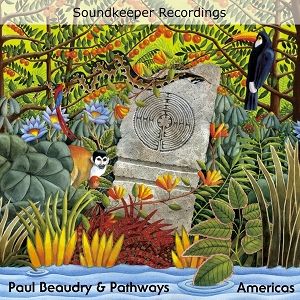