Jason Vitelli is an impassioned singer and performer whose remarkable songwriting escapes any preconceived notions of genre.  Frank O. Gutch, Jr. of Rock and Reprise.net writes, "Truth be told, this should not work, but it really does.  Somehow the songs, even when leaping from hornfrog to tea party, weave a spell and you find yourself listening to not the songs themselves but to the journey taken and the more you take that journey, the more you don't care about the technicalities."  For over 10 years, Jason has been a part of the New York City scene, first working as a part-time film composer out of NYU and thereafter, honing his songwriting and singing while performing at open mics and shows. 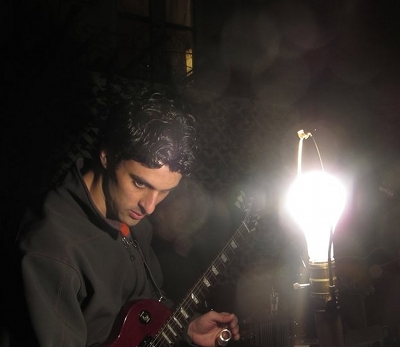 His new album with Soundkeeper Recordings, named Confluence, is a sonic collaboration with engineer/producer Barry Diament and is Jason's second full length disc.  They recorded the album live in an auditorium, a detail that makes it a creative departure from Jason’s self-produced 2009 effort No Photographs (available here).  Both albums are introspective in their lyrical fabric, yet for the first album, Jason cultivated the material while isolated in his home studio.  For the new one, he brought his vision to other players and the songs coalesced from their interaction.  The result is that Confluence explores many themes regarding relationships and interconnectedness.  This evolution also shows his growth from mere songwriter/composer to band leader, where the ability to communicate effectively can be paramount to artistic success.

A couple of years back, Jason began "pounding the pavement", searching for the Confluence band, while Barry Diament provided his expertise.  Begetting the fruits of their labor, the band came together slowly but surely, as each musical relationship had time to flourish.  Dave Ramsay, a musical symbiote hailing from just outside Boston, conceives his virtuosic yet sensitive interpretation of Jason’s writing on electric guitar and piano.  Yorgos Maniatis and Olivier Prud’homme, on drums and bass respectively, round out a muscular rhythm section that provides just the right amount of "meat and potatoes" for rock, yet can also channel the affect of his balladry.  The other talented players that form the eclectic band are Jiliane Russo on cello, Kathrine Becker on celeste, Qun Ma on french horn and Cherette Lewis on backing vocal.  All of these wonderful musicians render a superb counterpoint to Jason’s rich voice and complex songwriting.

Jason Vitelli’s performances are a practice in communion.  Whether he sings for a live show or creates a recording, his goal is the same: To quicken the stirring in our hearts, bringing life to the moment.  With that in mind, he feels fortunate he can perform for audiences regularly around the NYC area.  Greenwich Village has been a residence for his music frequently, with The Bitter End, Café Wha? and Kenny’s Castaways providing a home for his shows.  He has also played schools, most recently Rutgers University for The New Jersey Folk Festival.  From the present to future, he hopes his endeavors continue to be a meaningful excursion to the listeners in the fold. 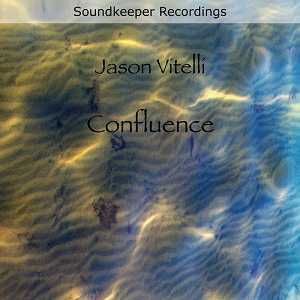